Since September 22, 2017, for two years and a week,
we have shown Jeremy's works of art here in Yokohama, Japan.
We've also held jazz flute concerts as well as
a couple of video shows (Scroll down for reports of some recent events).

We'd like to thank all the visitors who came to share
their memories of Jeremy with us in the last two years.

And thank you again, to the 17 mucisians who played at the cafe.
For those who couldn't make it to Yokohama during the two years, here is a video to experience Jeremy's on YouTube. 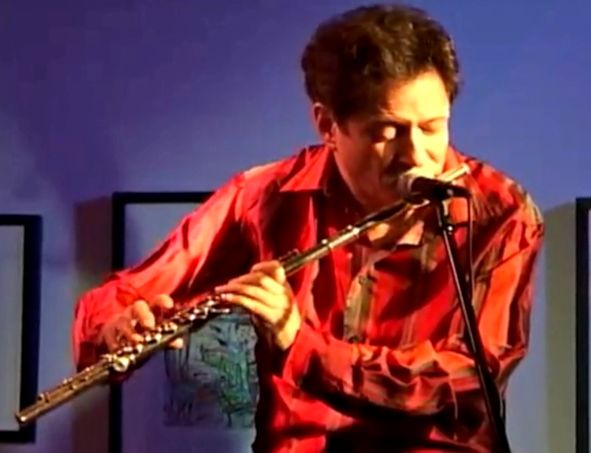 Thank you for coming to share with us the special hour to remember Jeremy.
Everybody enjoyed watching his inspiring performances from 2005 and 2006.

The 3rd Anniversary in Yokohama 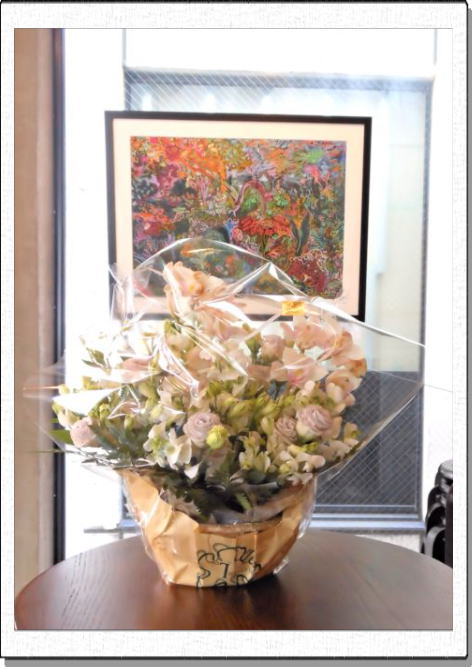 We received a beautiful arrangement from a fan for the 3rd anniversary today (April 13) at the gallery/cafe. It was so nice to chat with long-time listeners of Jeremy's music. Thank you all!!

On November 23, fans gathered to read the linernotes to Flute Fever in English at our cafe. In Japan, the LP was released as Jeremy Steig First Album with a commentary by a Japanese jazz critic. The release came after Jeremy had come to be known to jazz fans in Japan for his performance on What's New with the Bill Evans Trio. Many of his fans in Japan have never listened to Flute Fever, or read the very interesting linernotes by Mr. Willis Conover. The participants learned more about Jeremy through his answers to Mr. Conover's questions while looking closely at old photos of some of Jeremy's murals and drawings in his sketchbooks. 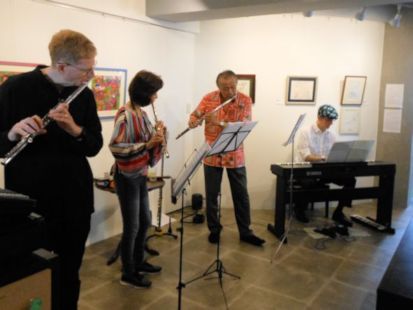 The 1st anniversary special jazz flute live performance on September 22.
Three Colors led by Shinpei Inoue gave a spirited performance to a full house audience. Thank you everyone for your support.